Remember when you watched cartoons growing up, the good and evil thoughts of a person would be depicted as a mini angel and devil sitting on opposite shoulders of some poor, conflicted, cartoon hero? These mini-characters represented the hero’s subconscious and often got into their own little comical battles, one finally triumphing over the other, the victor kicking the loser off his shoulder perch.

A year ago today I had a real life experience with those two. I wouldn’t say they were representatives of good and evil, but definitely two parts of my subconscious…the altruistic and the self-preserving.

Dr. Buchanan, eyes smiling, taken with my iTouch (for music during surgery) as I faded away.

It’s been one year today since I had a mastectomy, a day I remember well. There wasn’t too much drama and trauma to my experience, just anxiety, the anxiety I feel going into any surgery, and of course I wondered what life would be like with one breast. Thanks to the wonderful support of my husband Mike and cousin Shaun, and the most personable, down to earth, skilled team of doctors – surgeon Dr. Claire Buchanan, and the anesthesiologist (whose name I’ve forgotten), I felt in good hands, literally, and well cared for. The drama and trauma I witnessed was that of another woman who also had a mastectomy that day. Here is my weird mastectomy story: 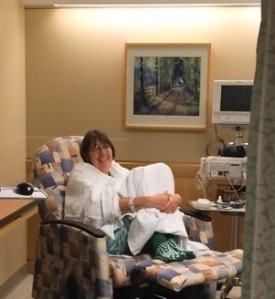 Shaun sent me this photo from last yr., pretty relaxed for pre-mastectomy! I was in good company!

My surgery was in the afternoon and it was dark out when I was wheeled into the tiny, pie-shaped hospital room where I was to spend the night. Mike was not there, he was in the hospital cafeteria eating dinner with my sister-in-law, hospital staff had not reached him yet. I lay alone in the darkness, still groggy, and could hear a woman screaming right outside the door to my room. (She was actually in the next room.)

“You cut my breast off!”

“You cut my breast off!”

These were the words she screamed, repetitively, as loud as she could, with great horror and panic in her voice. I lay there listening, apparently no one was able to calm her or stop her fearful, angry rant.

My first thought was “I need to get up and go to her, they don’t know how to deal with her.” This is the deep-seated social worker persona in me, the one who worked with people with schizophrenia, people having manic episodes, as well as people experiencing fearful traumas, such as domestic violence.

Then the other voice chimed in “Are you crazy! YOU just had a mastectomy yourself!” Nothing practical like “you can’t even get out of bed”, just the voice of reason…why would you even think of addressing her emotional trauma when you just had the same experience she had!

My little altruistic cartoon buddy got kicked out.  Self-preservation won, I not only came to my senses (which were pretty dull from drugs), but I tried to put the plaintive screams out of my head, which was not easy…they went on until 10 or 11 that night. (I learned the next day they finally got a psychiatric doctor to order a sedative, administered by injection, to calm her.) 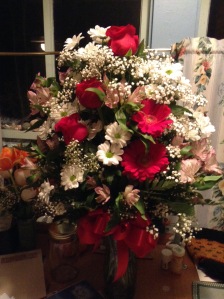 Flowers sent to my hospital room last year by the crew at Sunshine Propane.

I still felt compassion for this woman, and sad her issues were not addressed better and more immediate. The next day I got a peek at her, sitting in her room, still looking angry, but subdued. She looked life-worn.

On my follow-up visit two weeks later, I asked the surgeon what it was like to tell someone who may have mental illness that they have breast cancer. (I don’t know that the screaming woman had a diagnosed psychiatric disability, her explosive anger and fear may have been triggered by the surgery and/or medications.) My doctor told me she has had people explode at her, threatening her life, when she told them they had breast cancer, and they weren’t people with mental illness.

Life is so messy, there are so many challenges for us all.

Here I am a year later. Not an easy year. A month after the mastectomy I had a skin cancer removed from my lip.  Once I recovered from the mastectomy I began the task of closing my mom’s estate, she died a month before the surgery. Like most people with one or more cancer experiences (this was my third go-around with breast cancer), I live with the great unknown. It’s like an umbrella over you, sometimes blocking the sun with its shadow, but you constantly try to close it and put it away somewhere in the corner of your mind. The preventive meds I’m supposed to be taking cause too many bad side effects and aggravate other health conditions. When on them deep muscle and joint pain cause me to be dysfunctional. The oncologist says I’m one of the small number of women who can’t ‘tolerate’ them.  I follow a protocol of supplements. I’m trying to learn better self-care.  My self-preservation cartoon-character was strong and loud that night a year ago, but I too often ignore her in day-to-day living.

It has also been a year of deep appreciation. I’m acutely aware of multiple little blessings in my life. Often over shadowed by the BIG challenges, they accumulate and fill me up.

I hope the woman in the room next door has had even half the blessings and love I’ve had this past year. It would sooth her soul. 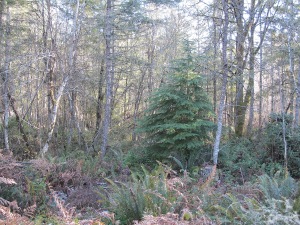 Note to readers: Very grateful to those who took time to do the poll in my last post. It was very helpful to get feedback. Equal votes for Nature and personal stories, photos appreciated (sorry for that lack of in this post), a few requests for more recipes, and comments that let me know I’m doing ok and should continue to give voice to my muse! Thank you!  I have lots of December nature topics floating around, hope to catch one soon!

3 thoughts on “A year later” 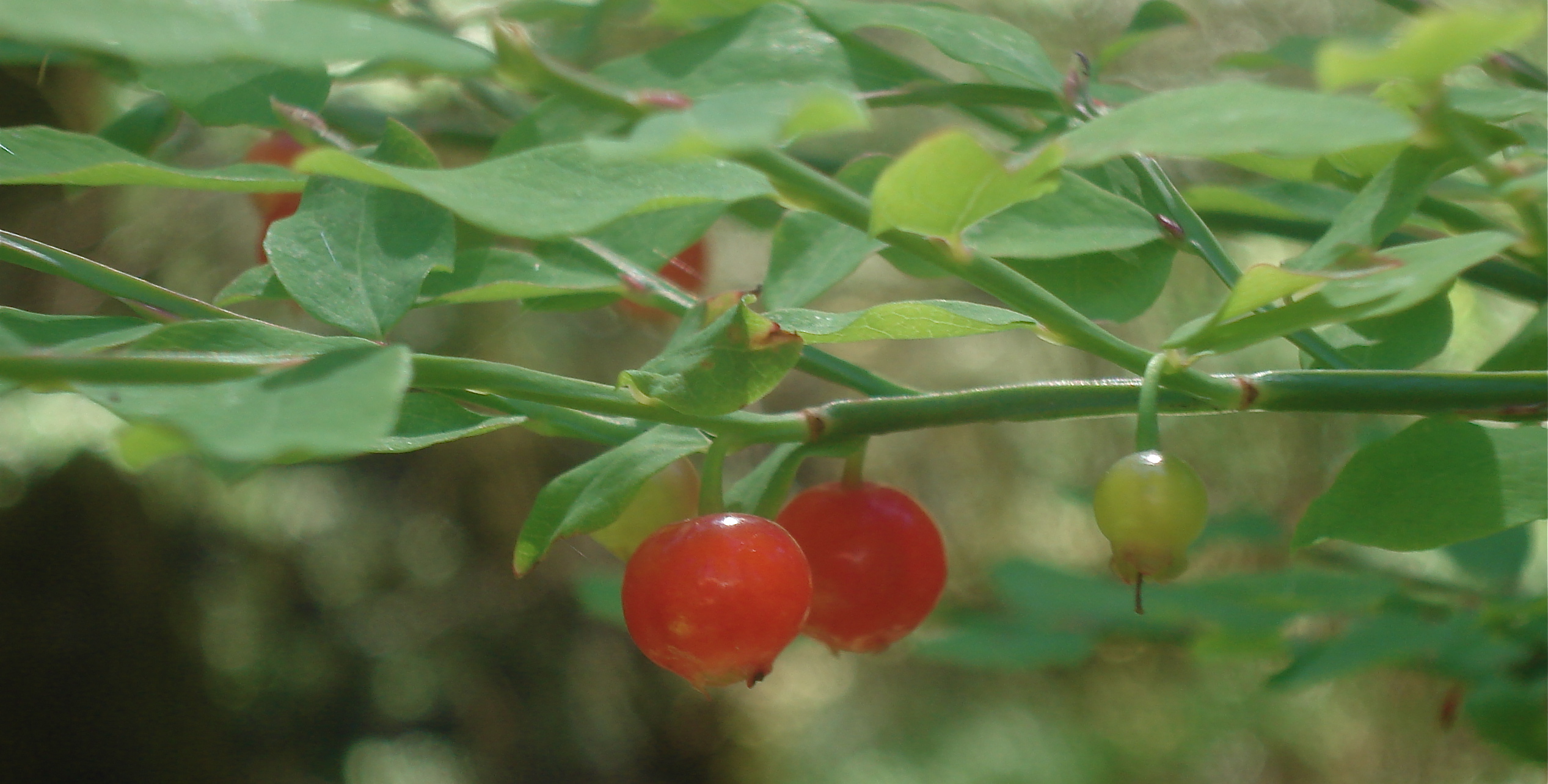 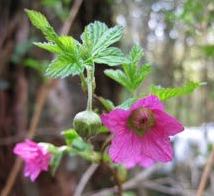